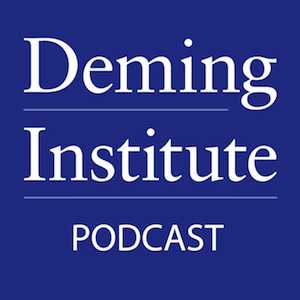 Cliff Norman and Ron Moen, of Associates in Process Improvement (API) discuss the history of the Plan Do Study Act (PDSA Cycle) and their research on the subject.

Cliff and Ron start with how the underpinning of Deming's philosophy was the idea of "continuous improvement", with the PDSA Cycle underlying that philosophy. They discuss the PDSA Cycle of never-ending improvement and learning, and how the iterative nature of the cycle fits with The Deming System of Profound Knowledge®. As Ron shares, Dr. Deming believed that "business is more exacting than science" as businesses must continually learn and improve to survive.

Next Cliff and Ron delve into why they wrote a paper on the PDSA Cycle. Ron explains that the quality movement in America began after the NBC White Paper, If Japan Can..Why Can't We? aired in 1980. This raised interest in the Japan and the Plan Do Check Act (PDCA) cycle, which originated there. Although Dr. Deming never spoke of PDCA, it was connected to him in the early 80's. That incorrect attribution was the inspiration behind the paper.

Cliff and Ron discuss the evolution of the PDSA Cycle, starting hundreds of years ago with the theories of Galileo and Aristotle. Listen as they take you through the progression, from the Shewhart Cycle, through the Deming Wheel and ultimately the PDSA Cycle as we know it today.

This podcast was originally published by The W. Edwards Deming Institute Podcast.